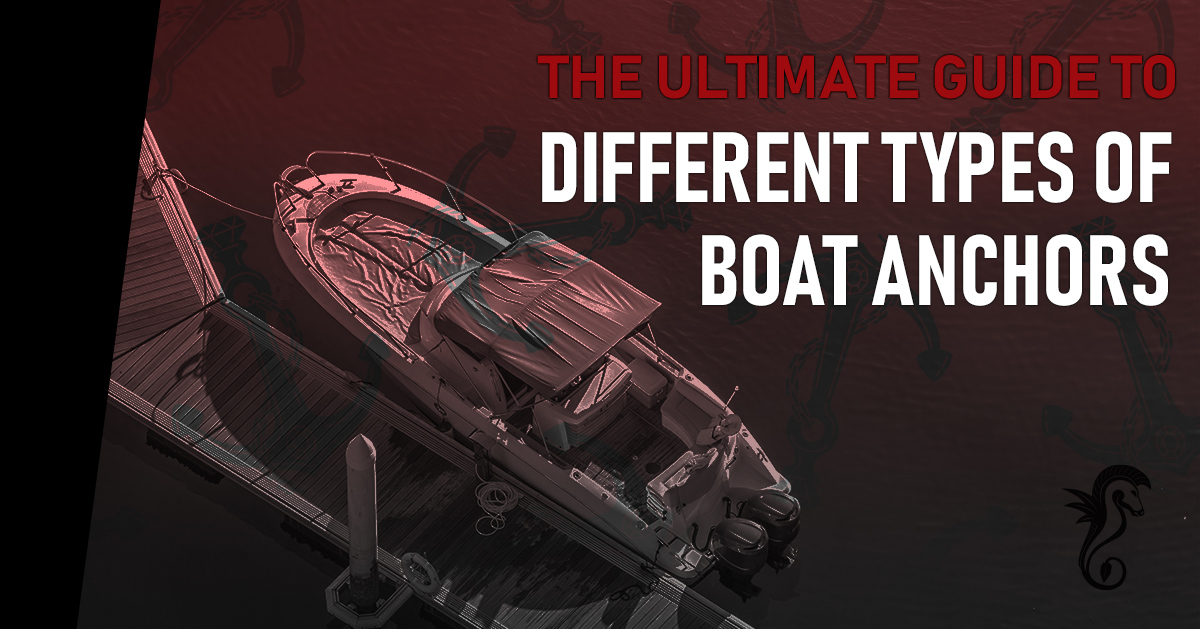 Picking an anchor is a difficult task. There are a number of models out there, each one working better under different conditions.

Without a lot of experience boating, it can be difficult to know which anchor will best suit your needs. You're in luck, though, because we've compiled a basic guide to types of boat anchors to help you understand what you should be looking for.

Most anchors share some of the same qualities, so before you decide on the anchor for your boat, it's important to know the components that build up most anchors. Knowing how your anchor works will make your trip safer for you and your family.

A typical anchor is composed of five parts: the shank, the crown, the flukes, the tripping ring, and the stock.

A shank is essentially the stem of the anchor. it is the part of the anchor which is directed in a way that guides the anchor on where to set. These can be weak, sometimes bending with the movement of a the boat.

The flukes are the aspect of an anchor that get buried into whatever material exists at the bed of the body of water. These may be the most important elements of an anchor, as they sustain the anchor in position.

The crown is a central component of the anchor, which holds all pieces together. It's found more in modern anchors with parts to connect. The stock is a piece that connects from the crown to the flukes, allowing the flukes to turn in directions that will best anchor the material to the seabed.

The bruce anchor is designed as a sort of claw. The flukes of this anchor are angled upward, while the shank curves downward. These anchors were popular in the 1970s, and are typically considered inferior to modern anchors.

This anchor has two large flat surfaces attached to the crown. These surfaces are intended to better anchor the flukes into the seabed, allowing a much greater amount of resistance. These anchors are easy to bring back from the seabed, easy to store, and extremely effective.

The fluke anchors, however, have shown to be less effective in weedy areas.

This is the image that most graphic designers use when representing an anchor. It's the classic fisherman/sailor tattoo. While it is a popular image, it is not as effective of an anchor as you may think.

It's recommended that you choose a more modern design of anchor over the fisherman's anchor.

If you're using a smaller boat in some water with a rocky seabed, the grapnel is likely to be your best bet. Its claws allow it to hook to rough areas, and it is constructed in a way that makes it light and easy to retrieve and store onboard.

Keep Up on Marine Products

It's important to stay up-to-date on ways to improve life on your boat. There are constantly new advancements made, updates to take care of, and repairs to make on your boat.

If you're in the need for quality equipment, we've got you covered.